How the Test Works

The principles of our T-SPOT assay system, are shown below, using blood as the bodily fluid in the example. The process starts with a blood sample, from which PBMCs (specifically Peripheral Blood Mononuclear Cells) or WBC components containing T cells are separated, washed and counted. A pre-determined number of PBMCs and antigens specific to the disease or condition of interest are then added to the wells of a microtiter plate to which antibodies to interferon-gamma, or IFN-γ, are bound. The test is based on the principle that the T cells of an individual who carries an active infection will respond to the antigens and secrete interferon-gamma. The secretion of interferon-gamma by the T cells of the subject is captured by the anti-interferon-gamma antibodies coated to the floor of each well. The numbers of individual reacting T cells are enumerated through visualizing the footprint of each T cell by this secretion of interferon-gamma. 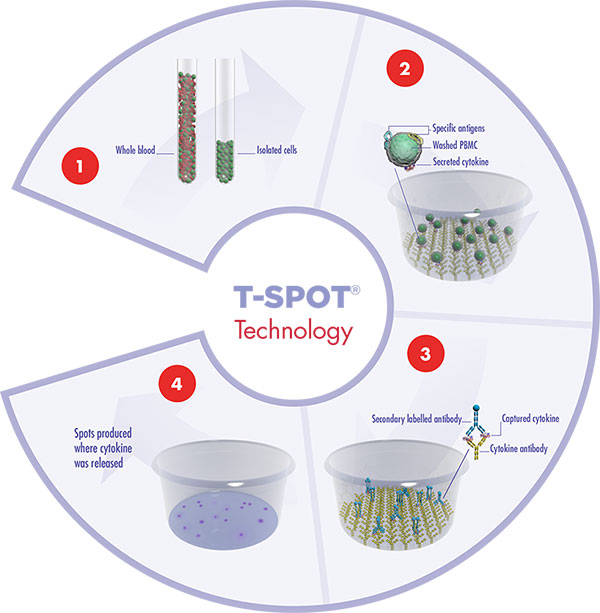